This book was in my TBR for the longest time before I finally read it for Dewey’s 24 hour readathon. Read on to find out my take on this extremely controversial book. 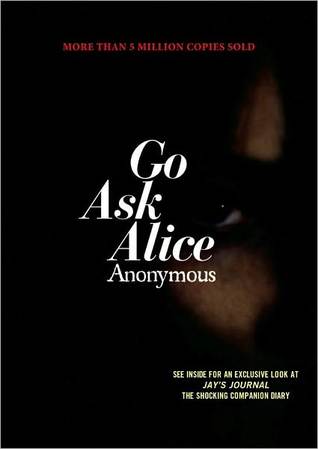 A teen plunges into a downward spiral of addiction in this classic cautionary tale.

After you’ve had it, there isn’t even life without drugs….

It started when she was served a soft drink laced with LSD in a dangerous party game. Within months, she was hooked, trapped in a downward spiral that took her from her comfortable home and loving family to the mean streets of an unforgiving city. It was a journey that would rob her of her innocence, her youth — and ultimately her life.

Go Ask Alice was first published in 1971 and has since become one of the most banned books of all time. Some of the recurring reasons for it being banned are language, sexual content, and drug use.

Parents and school boards were worried that this book would encourage teens and pre-teens to try out drugs. I’m assuming they also wanted to shield kids from the mature contents of this book.

Initially marketed as the diary of a real girl–with the author remaining anonymous–this book seemed a little successful. Until Beatrice Sparks, a therapist and Mormon youth counselor, went on to claim she was the editor of the novel. It was later discovered that she was the author of the book too.

The authenticity of this book has frequently been questioned, and any reader can quickly figure out that it wasn’t written by a teenager, as claimed. The story has several obviously fictional elements. For example, the diarist goes from LSD to Speed to Heroin all in the matter of a couple of weeks. Isn’t that a little too much?

Authentic or not, I really enjoyed enjoyed reading this book. I found it compelling and fast-paced. It does require some suspension of disbelief, but it does a decent job showing the reader how scary the drug path can be. I see no reason for this book being banned. An age restriction would’ve better served school boards’ causes than a blanket ban.

It was on reading this book that I decided to start the Banned Booked Club, where we read one historically challenged book each month.

[Related: Have you joined our Banned Book Club yet?]