I received a copy of this book from Midas in exchange for an honest review. All thoughts and opinions expressed here are my own.

I love family dramas and when I found out that Lark Song was about just that, I jumped at the opportunity to review it. Read on to find out what I thought of the book. 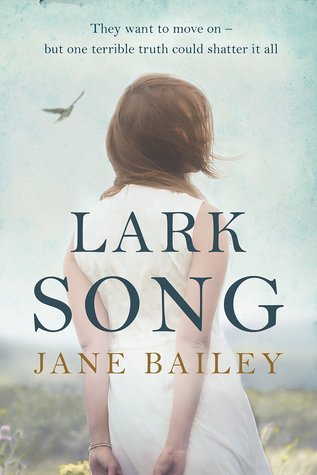 They want to move on—but one terrible truth could shatter it all.

As a widowed mother of three, new love seems impossible for Freya—until she meets Duncan, and suddenly she feels alive again. But there are secrets afflicting Freya’s family, some more sinister than others, that could destroy their relationship before it has a chance to flourish.

While Freya’s older children are less than welcoming, six-year-old Sophie helps Duncan find his place in the family—but even Sophie harbours fears that threaten to overshadow any chance of a new start. The past is hard to leave behind when pictures of Freya’s idolised late husband hang in every room, and the more Duncan tries to find the source of Sophie’s anxiety, the more he is convinced that Reuben was not the perfect husband and father Freya remembers.

Tormented by concern and his own insecurity, Duncan begins an obsessive investigation into the dead man’s past. But when his good intentions lead him in too deep, he risks destroying everything he has built with Freya—and the whole family’s second chance at happiness.

Lark Song is an emotional read about a family trying to move on after the death of its head. In comes Duncan, Freya’s first love interest after the death of her husband. But it’s not smooth sailing for the lovebirds, what with hostile children, a rude mother-in-law who thinks poorly of Duncan, and sharp reminders of the dead husband, Reuben, in every room of the house.

The book is very slow in the first few pages and it took a long time for Duncan to grow on me. After the first 30%, the story picks up. There are a lot of hurdles for Freya and Duncan to cross. With ever hurdle, I was losing more respect for Duncan. The dude stays, no matter what opposition he faces from the family or what he discovers about Reuben.

I know, I know. It’s supposed to show strength of character. But if I were him, I would’ve hightailed it out of Freya’s life faster than you can say “weak.”

The plot thickens and gets more compelling as the story moves forward. It was kind of easy to guess what was coming, though, so it ruined the surprise for me. This could be just me, though. So if you like family drama with a little bit of suspense thrown in, do check out this book.

Other stops in the tour:

What do you think of my review? Do you like family dramas? Let me know in the comments!