I received a copy of this book from the author in exchange for an honest review. All thoughts and opinions expressed here are my own. 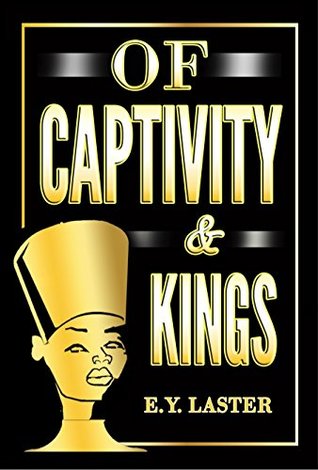 The laws are different in the Kushite ruled Kingdom of Nabara. The penalty for involvement in the slave trade is death, and if the King fails to provide justice and order under ma’at, the High Priests can order him to commit suicide. When a Roman slave ship wrecks off the coast of Nabara, peace is shattered. Ancient caravan routes, pastoralists, and nomadic hunters are threatened by kidnappings, robbery, and murder, forcing Nabaran High King Amkar Kashta to invoke the power of the six-kingdom alliance that is Nudolla. Each member of the ruling families finds themselves thrust into the rising slave trade, and the corruption of everything and everyone it touches.

It is an adventure told from the secret sanctuaries of the desert fathers in the Scetes Desert, and the massive pyramids of Meroë, to the Skeleton Coast, and over the Great Barrier Mountains of Apedemak. Here, kings and queens, princes and princesses, slave traders and gladiators, high priests and slaves, scribes and warriors, caravan robbers, and hermits collide under the thread that links them all – Captivity and Kings.

I found it very difficult to get started on Of Captivity and Kings. The names aren’t easy to remember and it takes a while to understand what’s going on. I’m usually good with multiple POVs and difficult character names, but here even I struggled a little. But, it’s an Own Voice book and I did not want to give up on it.

I continued reading and slowly, I started understanding what was going on. But the initial few chapters were too difficult, even for me.

The writing is pretty simple and the characters are well-developed. This book also gets extra points for being rooted in actual history. My only problem with the book was how difficult I found it to keep track of the different characters. I had to keep going back to piece things together, and that really broke the flow of the book for me.

Read Of Captivity and Kings if you like stories rooted in history, especially African history.

5 thoughts on “Of Captivity & Kings by E.Y. Laster”